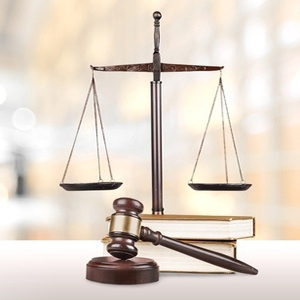 Last week, La Shawn K. Ford, a Democratic member of the Illinois House of Representatives, introduced the Compassionate Use and Research of Entheogens Act, or CURE Act, as the very first bill during the opening session of Illinois 103rd General Assembly. Entheogen is a term used to describe a psychoactive, hallucinogenic substance or preparation (such as psilocybin, the active component in so called “magic mushrooms”) especially when derived from plants or fungi and used in religious, spiritual, or ritualistic contexts. The proposed legislation would set up the Illinois Psilocybin Advisory Board within the Department of Public Health (“DPH”) for the purpose of advising and making recommendations to the Department regarding the provision of psilocybin and psilocybin services.

Additionally, the CURE Act sets forth that the DPH shall begin receiving applications for the licensing of persons to manufacture or test psilocybin products, operate service centers, or facilitate psilocybin services. Further, it provides that that the DPH may obtain, relinquish, or dispose of psilocybin products to ensure compliance with and enforce the Act and rules adopted under the Act. The CURE Act also contains various provisions concerning rulemaking; taxes; fees; zoning; labeling; and penalties. The Act also calls for the expungement of certain criminal records relating to the possession of psilocybin and psilocin. Significantly, the Act would amend the Illinois Controlled Substances Act, removing psilocybin and psilocin from the list of Schedule I controlled substances, and effectively decriminalizing psilocybin in Illinois.

This law is a direct response to the ever increasing amount legitimate scientific evidence, including studies, approvals, and press releases from the FDA, demonstrating that psychedelic / entheogenic treatments can be offered in a safe and controlled environment, with an excellent success rate.  Studies have shown that such treatments have been successful for patients suffering from a wide array of ailments including addiction, traumatic brain injury, depression, and PTSD.  Psilocybin has become increasingly popular in the research setting to treat neurological and mental health conditions. In fact, in the fall of 2022, the FDA approved an investigational new drug application which would allow for clinical trial testing to determine how psilocybin  therapy impacts the treatment of anorexia. The CURE Act is not only a response to this growing scientific evidence, but also based on comments from “patients and from their medical providers, that Illinoisans should have access to these exciting new treatment options," according to a press release from Rep. Ford.

Illinois is not the first state to address the decriminalization of psilocybin seeking to legalize its use in a clinical setting. In May of 2019, Denver, Colorado decriminalized the naturally occurring compound. Since that time, cities Ann Arbor, Michigan, Somerville, Massachusetts, Washington D.C., Seattle, Washington, and Cambridge, Massachusetts have decriminalized the possession, use, and propagation of psychedelic mushrooms. Oregon, with the passage of 2020’s Ballot Measure 109, was the first state to formally decriminalize psilocybin and legalize its use in a therapeutic setting. Colorado passed similar legislation in 2022.

While it remains to be seen if the CURE Act will become law in Illinois in 2023, the bill’s introduction is a step forward in the ever changing landscape of public and legislative acceptance of the benefits of psychedelic / entheogenic based therapies for patients searching for more profound and effective treatments of various conditions. Despite these positive changes, Psilocybin remains completely illegal under federal law and is considered a Schedule I substance under the federal Controlled Substances Act (defined as a substance which has a high potential for abuse and no currently accepted medical use).

Given the federal status of the compound, individuals and companies who wish to operate in the psychedelics field (even in the states with legalization measures) must be careful to do so in an manner that does not run afoul of any state or federal law. This is where trusted legal counsel can be a valuable asset. Those interested in applying for licensure to work with or research these controlled substances (under the CURE Act if it passes, or under the current regulatory scheme) should seek the advice of counsel who have experience in working with the DEA and state agencies to get clients properly approved and licensed as researchers or analytical labs. Attorneys at Amundsen Davis have assisted clients in the successful application to become an analytical lab, researcher, and manufacturer of psilocybin. We are proud to be on the forefront of helping clients in this groundbreaking field, and welcome the opportunity to work with anyone closely monitoring this exciting area of research and progress.

Welcome to the Cannabis Business Legal News blog where attorneys from Amundsen Davis blog about all things cannabis business and legal news related.