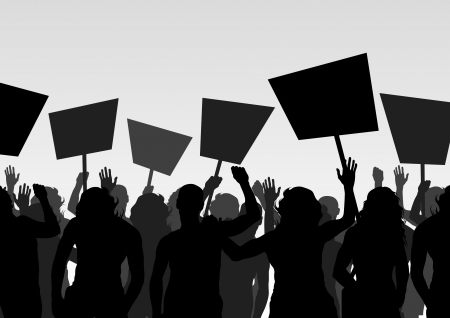 Proposed Amendment 1 to the Illinois Constitution (the so-called “Workers’ Rights Amendment”), on the November 2022 ballot, formally reads as follows:

Employees shall have the fundamental right to organize and to bargain collectively through representatives of their own choosing for the purpose of negotiating wages, hours, and working conditions, and to protect their economic welfare and safety at work. No law shall be passed that interferes with, negates, or diminishes the right of employees to organize and bargain collectively over their wages, hours, and other terms and conditions of employment and work place safety, including any law or ordinance that prohibits the execution or application of agreements between employers and labor organizations that represent employees requiring membership in an organization as a condition of employment.

The answers are a clear YES and YES!

So, why the amendment?  What does it really mean?

Well, the amendment creates many unknowns. However, it’s quite clear that the amendment accomplishes two major goals of labor organizations in Illinois. First, this will prevent Illinois from enacting any law that permits it to adopt “Right-to-Work” on any local or state level. Second, it will prevent lawmakers (in any level of government) from passing any law or local ordinance that attempts to reform, modify, moderate or in any manner address public union benefits and working conditions that are ultimately bargained for and agreed to in the past, current or future.

As a result, there appears to be 3 major concerns worth noting.

To be a tad more clear…

The amendment will prevent the Illinois legislature, governor, city councils, county boards and every other elected official or governing body the option to create any law or ordinance now or in the future that is designed to reform Illinois’ public pension system. Indeed, the Illinois Supreme Court actually told the state a few years ago that it could not reform its public pension system unless it first amended its constitution. The long story short is that not too long ago Illinois passed legislation to try and reform its public pension problems. But, the Illinois Supreme Court found such reform to be in violation of the state’s constitution and the only way to reform public pensions in Illinois would be to first amend its constitution to allow such reform. So, instead of creating a measure to amend the constitution in order to address and permit public pension reform, Amendment 1 will single handedly prevent Illinois or any local unit of government from passing any law or ordinance to do just that.

The amendment will also permit any public union to negotiate and receive whatever it wants at the bargaining table. This would include police, fire and other public safety employees who are currently unable to walk off their job to do so. The amendment will allow such public safety employees to bargain over the right to strike. Additionally, the amendment will prevent the state or local units of government the ability to create any law or ordinance that prevents unlimited giveaways at the bargaining table --- allowing public sector unions to demand and receive an unlimited amount of pay and benefits (with work dues going back to the labor unions, of course). If this isn’t clear enough, perhaps think about this way: what current Illinois politician who controls the state’s finances will want to say “no” to the very labor unions supporting them politically?!?!

The amendment will also prevent the passage of any law or local ordinance aimed at allowing an individual to decide if they want to join a union or not --- without the loss of their job. In other words, this measure will permanently force employees to join a labor union that is already entrenched at their employer in order to keep their job. While Illinois is currently a NON right-to-work state, this amendment will effectively prevent Illinois from ever becoming a right-to-work state. The amendment does nothing to alter or modify an employee’s existing right to join a union and bargain collectively if they so choose -- as that right is already firmly in place under state and federal labor law.

In short, Amendment 1 is designed to permanently cement the control of BIG LABOR in Springfield.  Good, bad or otherwise, this is the down-and-dirty of Amendment 1 and Illinois voters will decide its fate in the coming days.