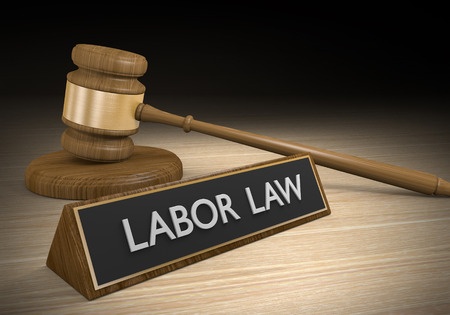 of the Department of Labor (DOJ) pursuing criminal anti-trust cases against employers throughout the country, on October 27th, 2022, VDA OC, LLC (formerly Advantage On Call or AOC), a healthcare staffing company, pled guilty to conspiring with a competitor to assign and fix nurses salaries within a specific school district in Nevada, which violated Section 1 of the Sherman Act. We have previously written in more detail regarding the DOJ’s new commitment to criminally prosecute supposed labor market collusion amongst competitors. This guilty plea is essentially the DOJ’s first “win” in its criminal enforcement of labor violations under the federal antitrust laws, after incurring two prior losses.  If employers are not attuned to this area of the law already, this serves as yet another wake up call.

In this case, VDA and its former regional director, Ryan Hee were indicted in March 2021 for participating in a price fixing agreement with a competitor from October 2016- July 2017. This agreement included agreeing not to recruit or hire each other’s nurses (no-poach) and to ‘fix’ their wages by refusing to raise the nurse’s wages. In September 2021, VDA argued a motion to dismiss with a due process defense based on the fact the DOJ’s guidance to criminally prosecute both wage fixing and no-poaching agreements being a day before the start of the conspiracy in 2016. Next, they argued that the DOJ could not criminally prosecute these claims as per se violations under the Sherman Act.

Despite these arguments, the charges were not dismissed and VDA pled guilty shortly after. As a result, VDA was fined $62,000 and restitution of $72,000 to victim nurses. Ryan Hee pled not guilty and is due for trial April of 2023. The Assistant Attorney General Jonathan Kanter of the Justice Department’s Antitrust Division stated, “Protecting workers from antitrust schemes – such as wage-fixing and employee allocation – remains a priority for the U.S. Attorney’s Office,” said U.S. Attorney Jason M. Frierson for the District of Nevada. “We are committed to working with the Antitrust Division and FBI to prosecute anticompetitive conduct that affects opportunities for workers and the labor market.”

As stated above and previously discussed in this blog, this is not the DOJ’s first attempt to prosecute these types of criminal antitrust claims (see  United States v. Neeraj Jindal and John Rodgers and United States v. DaVita Inc. and Kent Thiry). Despite the DOJ being unsuccessful in prosecuting the cases mentioned, this enforcement will continue. It is evident that with this decision, the DOJ and Federal Trade Commission (FTC) remain true to its aggressive stance to criminally investigate non-poaching and wage-fixing agreements. This specific case is significant as it is the first actual guilty plea by an employer, essentially conceding that its actions were criminally liable under the Sherman Act.

To date, there are at least three other criminal antitrust labor market cases pending, as brought by the DOJ.

For employers, continued compliance with federal and state laws regarding non-poach and non-competes covenants is a must. This includes reviewing employment agreements and policies regarding employee movement.  Next, it is necessary to remain attentive to Federal Anti-trust laws, DOJ and FTC’s 2016 guidance, and the Department of Labor’s guidance’s regarding employment. Lastly, employers can be proactive by providing employee antitrust training where needed.